I am an Assistant Professor and Ad Astra Fellow in the School of Politics and International Relations at University College Dublin. Previously, I was a Senior Researcher at the University of Zurich.

I am a founding member of the Connected_Politics Lab, a non-resident fellow at the Digital Democracy Lab at the University of Zurich, a member of the UCD Energy Institute, and maintainer of the Irish Polling Indicator.

Are Irish Voters Moving to the Left? (with Aidan Regan).

The Politics of Nostalgia in Europe (with Sven-Oliver Proksch).

If you would like to get access to the latest version of a paper, feel free to send me an e-mail.

The Irish Polling Indicator is a joint project with Tom Louwerse. We combine all opinion polls for the Dáil Éireann into daily estimates of public support for Irish parties. The website of the Polling Indicator provides various interactive graphs and detailed information on the underlying method.

The figure below (updated automatically after the release of new polls) summarises the most recent estimates of party support. 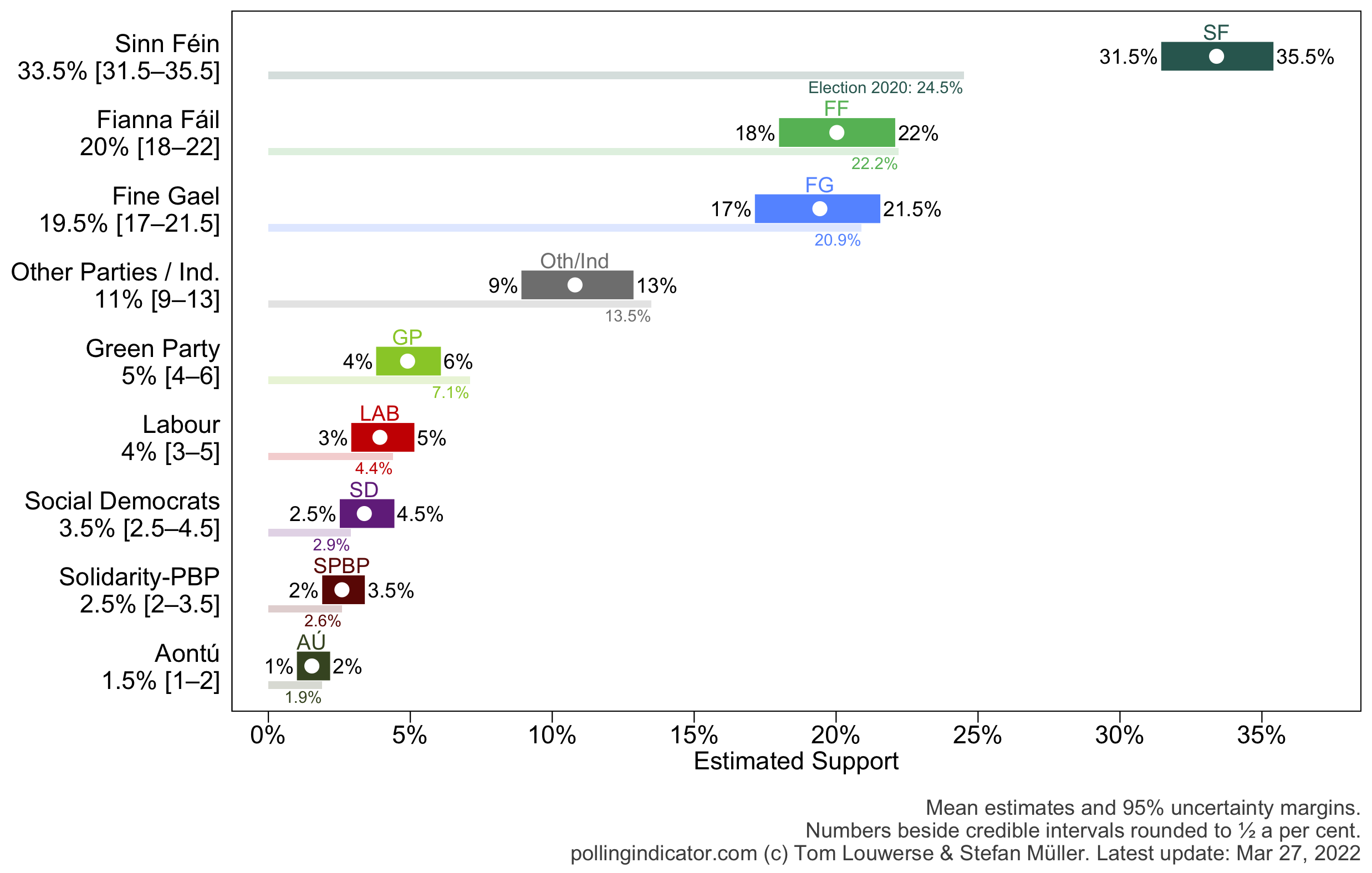